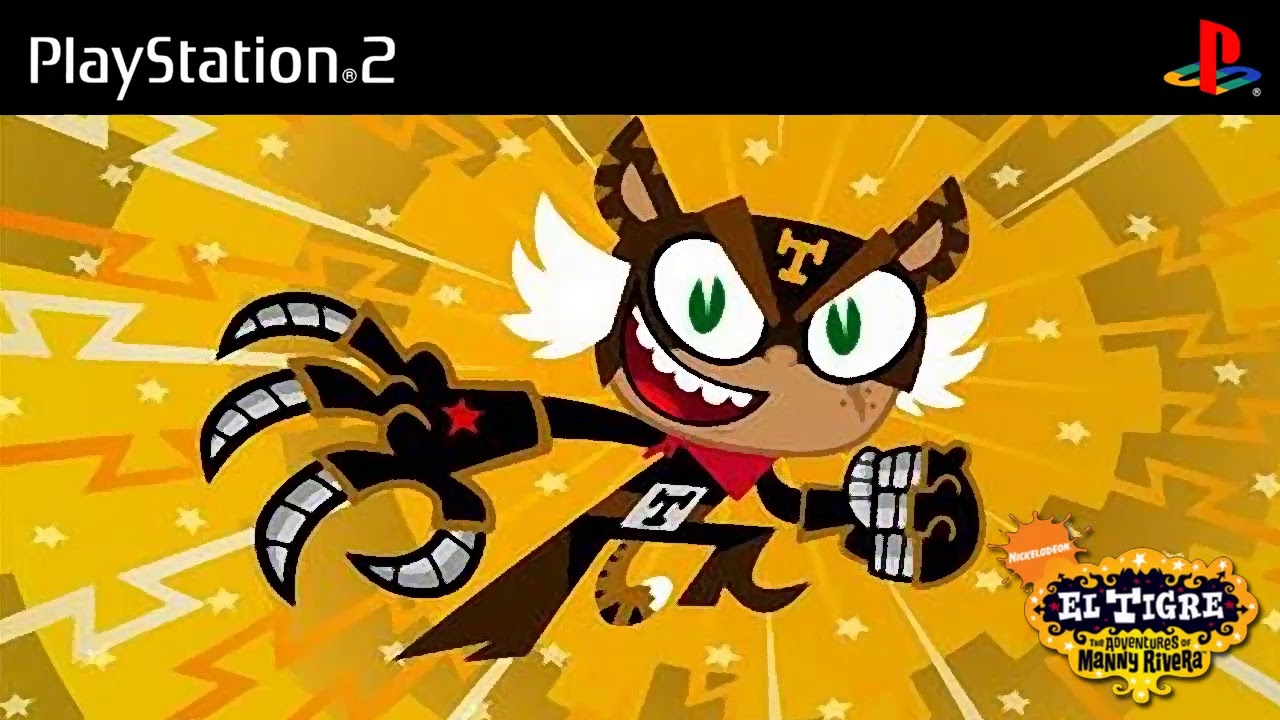 El Tigre: The Adventures of Manny Rivera is a game made specifically for the Playstation 2 game console. It is the 2nd El Tigre game to be outside of a computer system and the first to be on a home console. The game plays as a 2.5D sidescroller. Unlike the DS game, most of the gameplay graphics is in 3D. The controls are very simplified. The X button is used for jumping and the circle button for attacking. In the game, the player controls (by switching between with the R2 Button) either Manny, Frida, or Black Cuervo in the main story mode levels. Pressing the circle button more then once can be used for simple attack combos. And normally without a trampoline a double jump can be performed by pressing X once and then again in mid-air. Also pressing the circle button in midair will allow you to do a slam attack that can kill a normal foe in one hit. Also in some parts of levels there is a challenge in which the player’s character is made faster with the golden boots and must collect a far off Pinata before the time runs out. The player must also collect tacos so he/she can extend the time by ten seconds from each taco they grab. In each level it ends with a boss that s taken down by some special way.